We went to St. Andrews on Easter Sunday, 2014, and saw some marvelous sites! 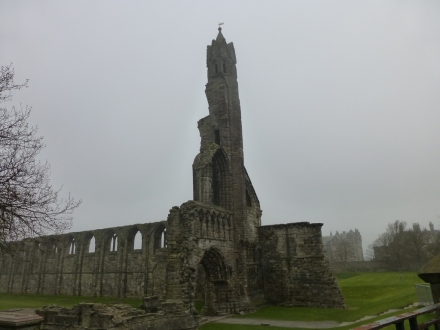 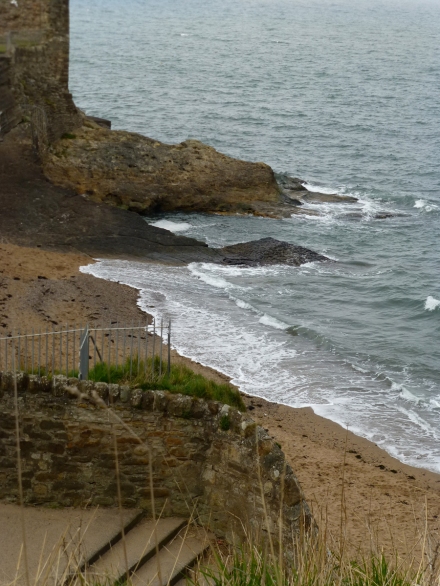 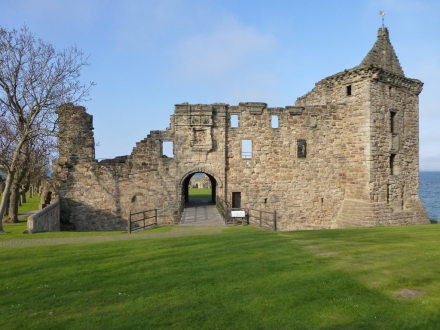 Another building with a clock on it!

Ears Pierced while you wait! At a church!

More chimneys than you can shake a stick at! 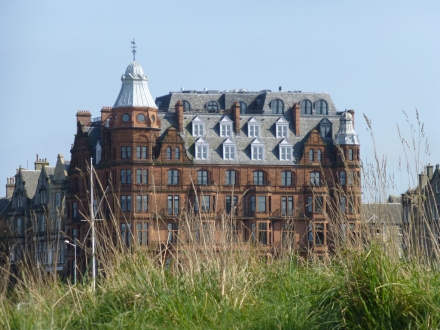 A huge red building I forgot the name of!

Just some photos I took while riding ScotRail. 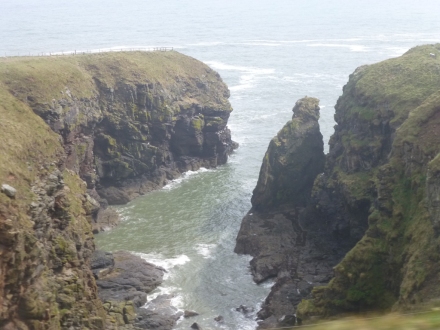 Near Inverurie I think. 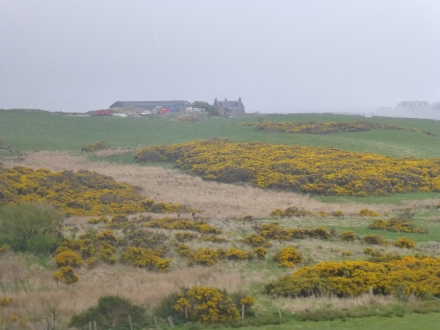 House on the water.

Between Dundee and Arbroath.

are the smile on my face

your reflection in the water

until you are far away

and I drown inside

Some fun photos I took in Aberdeen, Scotland in April 2014. 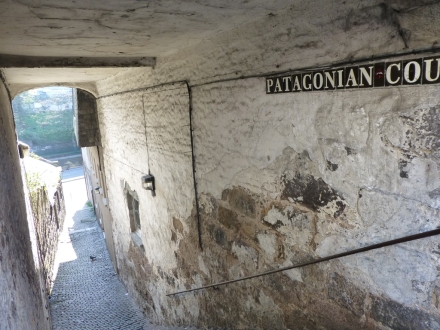 Aberdeen Art Gallery has some really good art. I liked it better than the one in Edinburgh. 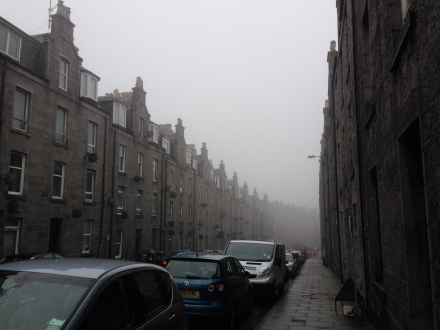 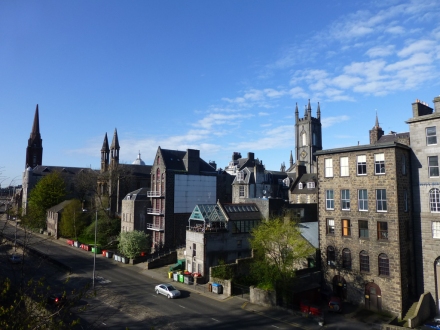 A stunning array of waste bins. Oh and cool, spiky-topped buildings, too.

So many cool-looking places, so little time! Here is a smattering of photos I took during my trip in April 2014. 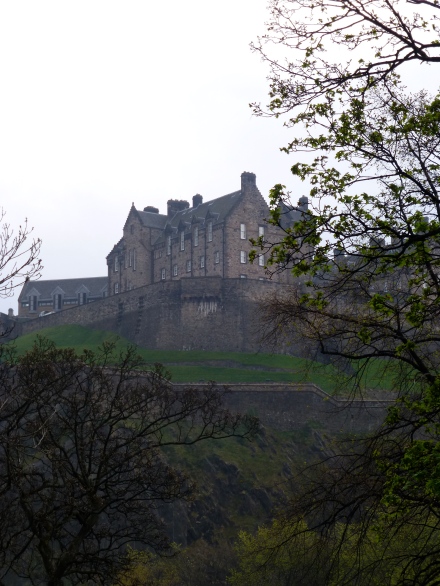 Edinburgh Castle as seen from the garden at St. John’s Cathedral 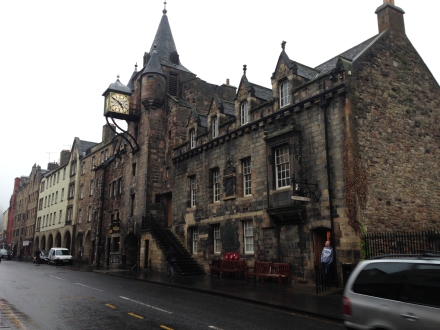 The People’s Story on the Royal Mile 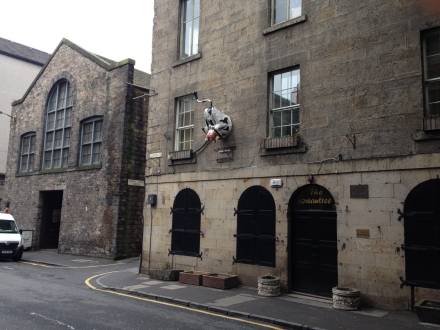 The view outside our flat on Blair St on a rainy day. 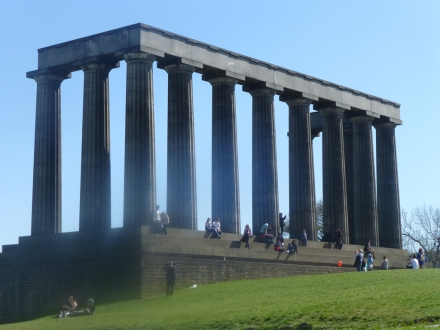 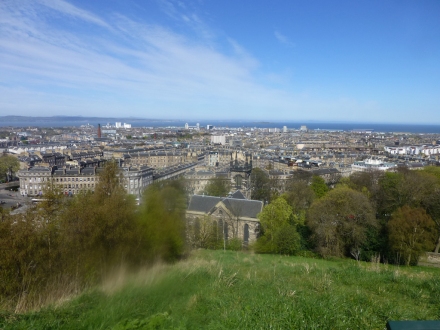 View of Edinburgh from Calton Hill 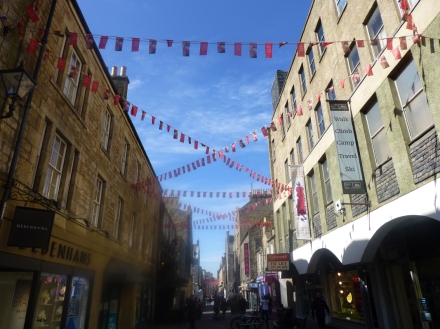 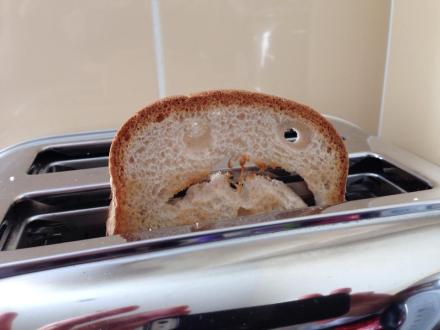 “Hey! It’s really freakin’ hot in here!”
Sorry gluten-free bread, but you are much better toasted.

A couple of years ago I went gluten-free. After feeling much better and losing some weight, too, I decided to experiment on myself, and I learned that I am not so severely effected by gluten that I must avoid all cross-contamination lest a single wheat crumb send me to the hospital. (Such people are out there, and I feel for them, and hope they can get the respect for their condition that they deserve in this climate of gluten-free pseudo-trendiness that has currently beset our culture).

I had heard that some people like myself who just have some gluten-intolerance but not a full blown case of celiac disease can safely eat the wheat products in Europe without ill effects. This apparently has something to do with the increased amount of cross-breeding and hybridization that American wheat has undergone, but European wheat has not (at least not to such a degree). So on my recent trip to Scotland I experimented on myself again, and tried wheat products at least six different times. Part of the time, I felt the effects of gluten (increased hunger, lethargy and/or foggy brain) and part of the time I did not.

In conclusion, I am resolved to continue eating gluten-free for now, but I know that small amounts will not cause a huge problem for me.

Meanwhile, I’d like to share a picture of my favorite gluten-free bread that I could only find at Tesco stores in Scotland. It’s their own brand.

The thing I enjoy most about traveling to a new place is trying foods I can’t get easily at home. Here are the good, the bad and the scary I encountered on my recent trip to Scotland.

Sea buckthorn gelato…what mango would taste like if it were a citrus fruit.

When my kid and I ordered “cheddar cheese and pickles” sandwiches, we were both imagining green dill pickle slices, not pink chutney or whatever that stuff was.

I didn’t know what it was but tried it anyway. Later learned it was a giant caper. 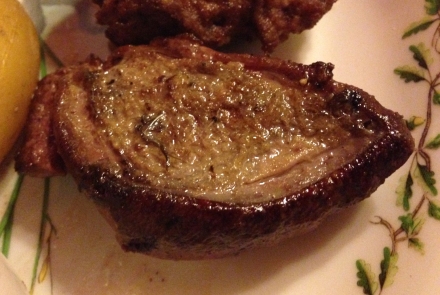 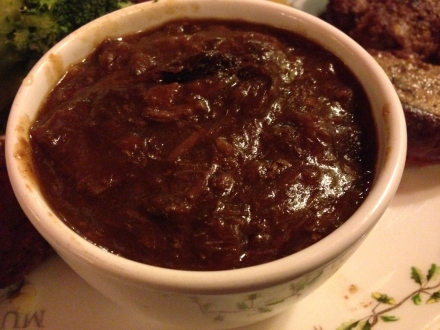 In Aberdeen we went to Pizza Express, where I kept seeing “rocket” on the menu. It’s just what they call “arugula,” and apparently it can be used as a pizza topping. 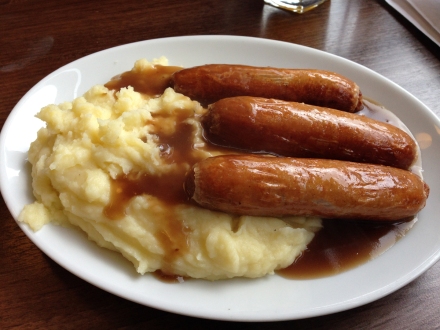 Bangers and mash…pretty tasty, but weird texture on the bangers. 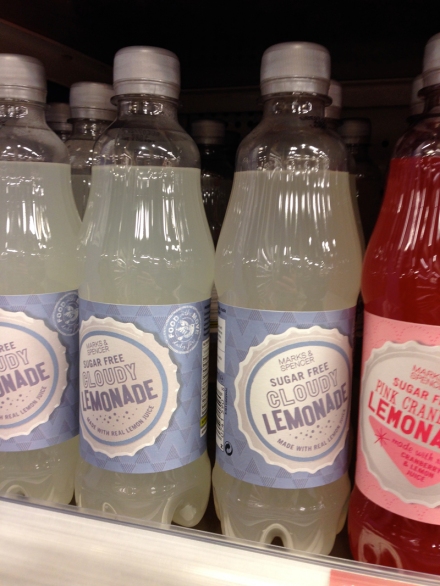 One of the many unusual chip (I mean, “crisp”) flavors.

HP Sauce, whatever it is exactly, it makes a fried egg cracking good. 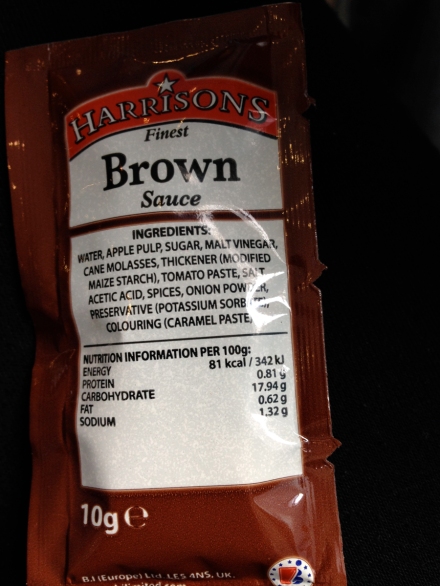 I study the wind

With my gaze I affix

trying to see their souls—

my vision only blurs.

I sniff the air, waiting

I touch the air

and feel I finally have grasped it—

but it has already blown away.

I taste my tongue—

I listen for things which

cannot be heard, and hear

and this is the way it is.

Here is a sampling of video experiences I had during my trip to Scotland in 2014.

As an American traveling in Scotland, I certainly couldn’t let these pass me by unphotographed. 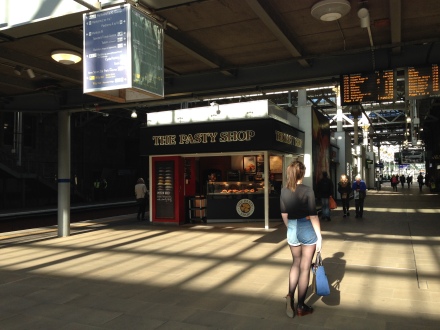 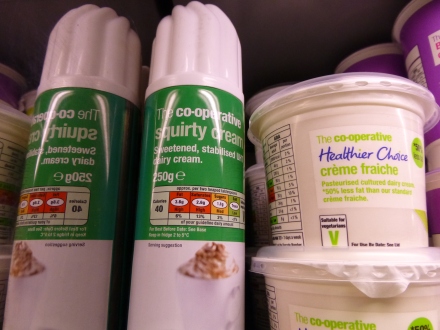 Squirty Cream…not at all suggestive.

Creamy Handwash…sure, I’ll “wash my hands” with that.

Vegetarian hot dogs…in a can, no less.

I’m not that ignorant…I knew they called elevators “lifts,” but it was cute to see it in big block letters.

Barley water. Maybe you drink that for Scotch hangovers. 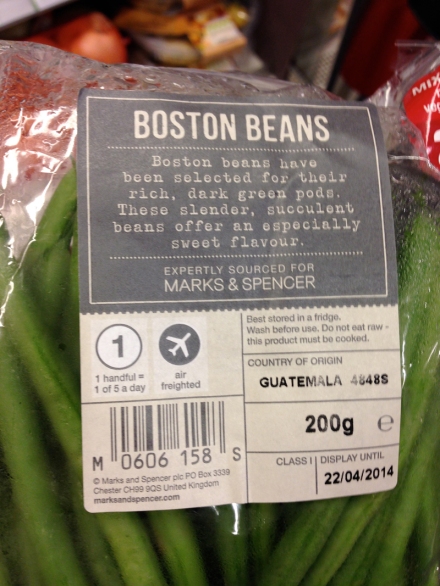