This morning after tasting some sort of cherry nougat candy we bought in Scotland, my kid said, “Scotland candy isn’t very good.” Poor girl. I looked at the ingredients list and saw they were pretty honest about the fact that the red dye in the candy came from insects and that the nougat contained beef gelatin (cow hooves, I explained to the girl). So they’ve got that going for them. I mean, we have those ingredients in the US but aren’t always so forthright about it.

Still, some of the candy choices I saw during our trip to Scotland were a little frightening to us.

That’s right. Shrimps in a tub. 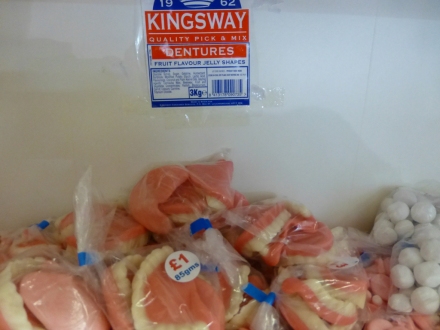 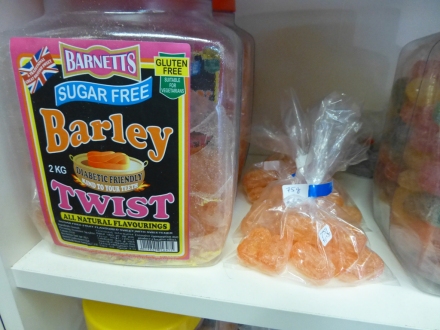 Barley, uhuh. They make Scotch whisky out of it, why not candy? 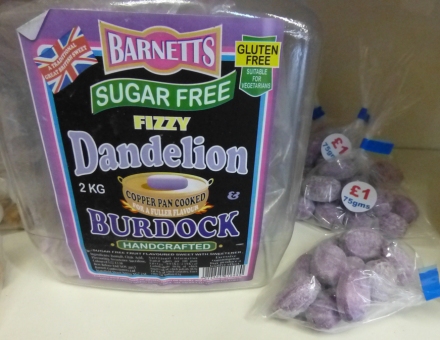 Dandelion and Burdock. Sure.

This one appeared to be influenced by the IRN BRU soft drink.

Another fun tidbit is that we were in Edinburgh during Easter and got to see how the Scots express this holiday secularly. From what I could gather, Easter for Scottish kids is largely about doing some sort of egg hunt or clue hunt and then being given a reward of a hollow milk chocolate egg filled with candy of some sort.

I’ll end with percy pig and his nonpareil pants, leaving you to wonder exactly what “percy pig flavour white chocolate” tastes like. 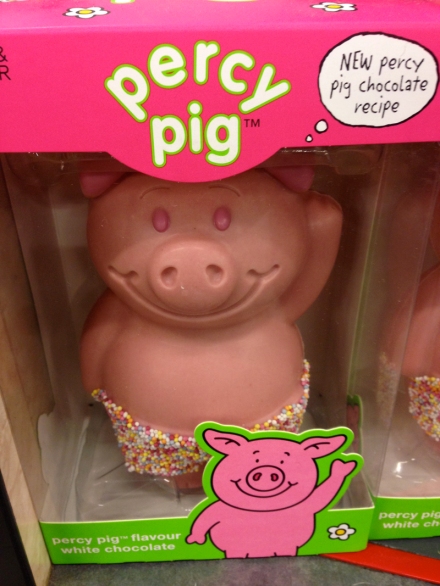 One thought on “Scotland: Candy”