Dear Neighborhood Cats,
I planted this catnip for you to enjoy. In the future, please enjoy it with your noses, not your mouths. That way it will continue to thrive and give you pleasure for many years to come.
Love,
Alyssa

The first time I ever encountered His Holiness Jigdal Dachen Sakya Rinpoche was on the staircase of the Sakya Monastery of Tibetan Buddhism. I had followed some other newcomers to the temple up the wrong set of stairs and we encountered him as he was coming down. Instinctively I put my hands in the prayer position and bowed to him, even though I had no clue who he was. Later I learned he was not only a founder of the temple there, but also a Tibetan Buddhist master of high rank, one of the few aside from the Dalai Lama who could be called “His Holiness.”

Less than a year later, in July 2014, he led the refuge ceremony that ushered myself and a handful of others into the Buddhist community there. During that ceremony, he broke from speaking from Tibetan to say clearly in English, “no meat for a year.” The translator sought clarification, as Rinpoche had led many refuge ceremonies before and had never made this request. Being vegetarian is not a requirement for a Buddhist, but in this case, Rinpoche was recommending we be vegetarian for a year. I figured he must have a reason for saying this, perhaps a certain clairvoyance. One of us must need this commandment, and perhaps that someone was me.

So I started off the next day trying earnestly to be a vegetarian, which is challenging when you also eat gluten-free. I succeeded for four or five months, with only a few slips that were not really my fault as I recall. My resolve slipped around the holiday season, partly because I didn’t want to burden my mother-in-law again with trying to figure out what to feed me. But a change had occurred: I was eating more soy products, possibly more dairy. I believe this is why in March 2015, something shifted in my digestion and I began to have gall bladder issues. For months I struggled with gall bladder disease and had the little squeezer removed in June 2015. But not before things got really interesting.

Along with the health challenge of having gall bladder disease but not gallstones comes lots and lots of tests. And one of the tests I had was a colonoscopy, which revealed precancerous polyps, which were then removed. This is what I believe: if I hadn’t attempted vegetarianism through Rinpoche’s suggestion, I would not have had the gall bladder trouble which led to the removal of precancerous material in my colon. It likely would have been three more years before I learned about the polyps and by then it might have been too late. So I am grateful to my gall bladder — and to Rinpoche — for possibly saving my life.

Yesterday I learned that Rinpoche has passed into parinirvana, like Shakyamuni Buddha before him. Like many others in the sangha, I will be remembering this great master for what I hope will be many years to come. Thank you, Rinpoche, for all you have done. 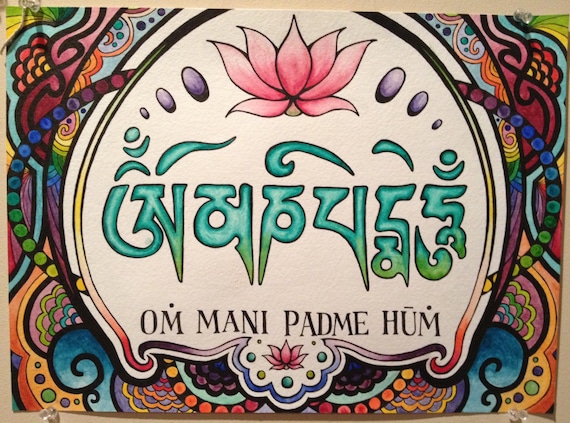 First, you take a fresh clean sponge out of the package.

What do you use it for?

Maybe dishes, or wiping the tables and counters.

After a while, the sponge gets pressed into service for some less appealing task; perhaps bathroom or floor cleaning. It will now be unfit for use for food surfaces.

Finally, the old sponge meets its end days, doing some nasty task, like cleaning up cat barf from the carpet.

The cat vomit sponge exists on the lowest rung of the sponge ladder.

This wasn’t easy, trying to write a poem everyday for NaPoWriMo. I admit, some days I wrote nothing and other days I wrote several. Some days I was pleased with what I came up with, other days, I would probably not have posted what I wrote if I weren’t feeling under the gun to produce. Time will tell if any if it stands up to some older work I adore.

I have my own personal definition of what a poem should be: a collection of words, strung together, with a zing (at least a small realization) at the end.

If you liked any of my work, I hope you will consider checking out my novel, Pieces of Home, in which some of my older poetry appears.