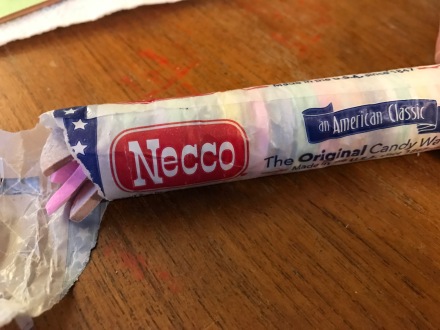 This time, the whole family sat down and sorted the Necco wafers by color, and we each sampled some of each, then attempted to describe and rate what we were tasting. Here are the results.

I’ve included their misspellings, and emoticons, for your amusement.

Brown: Taste like an impersonation of choclate. But kinda failing.

Green: I though of floral when I tasted it but I don’t know why 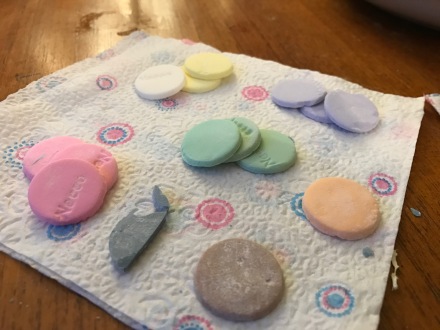 Purple: anise + tart. Not purple. NOT PURPLE! It lies!

Orange: 1978 version of orange subdued. Or did purple kill my palate? 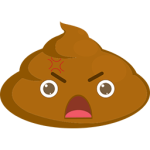 Brown: much sweeter and lighter than expected. they should switch this with purple

Black: ANISE! I thought purple was anise BUT THIS IS ANISE

White: Sharp peppermint. A disappointing end to this experiment.

After seeing how we couldn’t identify or agree on all the flavors, I decided to google to find out which flavors these supposedly are, and found this on the Wikipedia page: “Each roll of Necco Wafers contains eight flavors: lemon (yellow), lime (green), orange (orange), clove (purple), cinnamon (white), wintergreen (pink), licorice (black), and chocolate (brown).”